The End of the Offshore Regime in Hong Kong?

The OECD is currently working on a new proposal to further address the Base Erosion and Profits Shifting (“BEPS”) project. The BEPS project itself was launched to prevent multinational enterprises (“MNEs”) from the exploitation of gaps and mismatches in tax rules by artificially shifting profits from high to low or no-tax locations where there is little or no economic activity. This new proposal is also commonly known as “BEPS 2.0”. BEPS 2.0 has two components, namely Pillar One and Pillar Two which will have repercussions on digital taxation and any offshore regime.

Pillar One seeks to develop new taxing rights for profits derived from automated digital services and consumer-facing businesses. It is expected that Pillar One will mainly affect digital businesses (e.g. online search engines, social media platforms, digital content streaming, etc.) and consumer-facing businesses by reallocating taxing rights to the jurisdictions where the customers are located.

This part of the reform would not raise much additional income tax revenues but would redistribute a significant amount of the revenues between different jurisdictions. Pillar One is fully discussed in our article about digital taxation.

On the other hand, Pillar Two introduces a global minimum tax rate and gives the parent and source jurisdictions a right to tax income, which is subject to zero or very low taxation. Pillar Two will likely affect a broader spectrum of businesses having cross-border activities. The OECD estimates that both pillars could increase global corporate income tax revenues by about USD 50-80 billion per year. In this context, being an international finance, business and trading centre, how will the Pillar Two initiative affect the MNEs in Hong Kong?

There are four rules proposed in the Pillar Two initiative which are as follows:-

The minimum effective tax rate has yet to be determined and will be subject to ongoing discussions and consultations by OECD with different stakeholders. However, based on discussions among practitioners, the minimum rate may possibly be set at 11%.

Despite that Hong Kong’s headline profits tax rates being 16.5% for corporates and 15% for unincorporated business (i.e. above the possible minimum rate), the Pillar Two initiative will likely have a significant impact to Hong Kong’s territorial taxation regime, capital gains exemption and various preferential tax regimes as the effective tax rates resulting from these regimes/exemption would be below the minimum rate.

The following example illustrates how the IIR, UTPR and STTR may possibly operate and impact businesses in Hong Kong if the minimum rate is at 11%. The SOR may not be relevant to Hong Kong as Hong Kong adopts credit methods to address double taxation in its tax treaties entered with other jurisdictions instead of exemption methods.

In this example, HK Co’s profits are offshore in nature and not chargeable to Hong Kong profits tax under the territorial taxation system. The offshore profits resulted in 0% effective tax rate in Hong Kong which is below the minimum rate. This would trigger the IIR to allocate the taxing right of the untaxed income to Jurisdiction A where the profits would be taxed in Jurisdiction A at the minimum rate of 11%. In other words, the tax saving from the offshore profits would be neutralised by the additional taxation imposed by Jurisdiction A.

The STTR would also apply, in complement with the UTPR, to impose a withholding tax on the intra-group payment (e.g. royalty) made by Subsidiary B to HK Co or deny any preferential treaty benefits (e.g. a reduced withholding tax rate) under the tax treaty between Hong Kong and Jurisdiction B.

As shown in the above illustration, the imposition of a global minimum tax rate will likely undermine the attractiveness of Hong Kong’s territorial regime, and possibly its capital gain exemption and other preferential tax regimes.

In fact, the Hong Kong Financial Secretary already mentioned in his last budget speech about the potential impact of the Pillar Two initiatives to Hong Kong, and in June this year, the government has appointed an advisory panel on BEPS 2.0 to provide advice on Hong Kong’s response to these initiatives.

Although the Pillar Two initiative has yet to be finalised pending many operational details to be confirmed at this stage (e.g. the application order of the different rules in the Pillar Two initiatives, whether any carve-outs for preferential tax regimes will be available, etc.), its impact to Hong Kong’s low tax offshore regime seems to be inevitable.

That said, Hong Kong has a number of tax preferential regimes (e.g. profits tax concession for corporate treasury centres, aircraft lessors and aircraft leasing managers) have been reviewed and accepted as not being harmful tax practices by BEPS Action 5 peer review. As such, it remains to be seen whether certain carve-outs will be available in the final rules and what will be the actual impact to Hong Kong’s taxation system as well as MNEs operating in here.

Double Taxation between Macao and Hong Kong Arrangement In Force 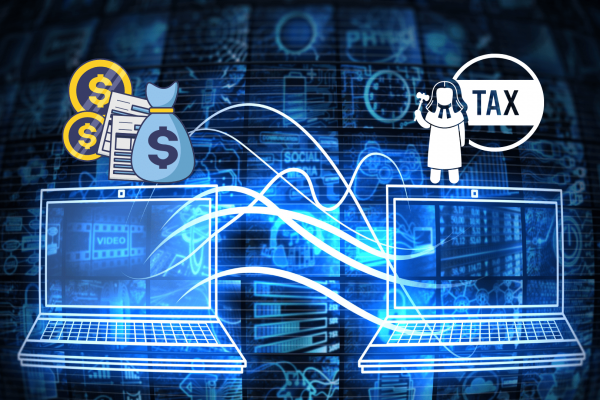