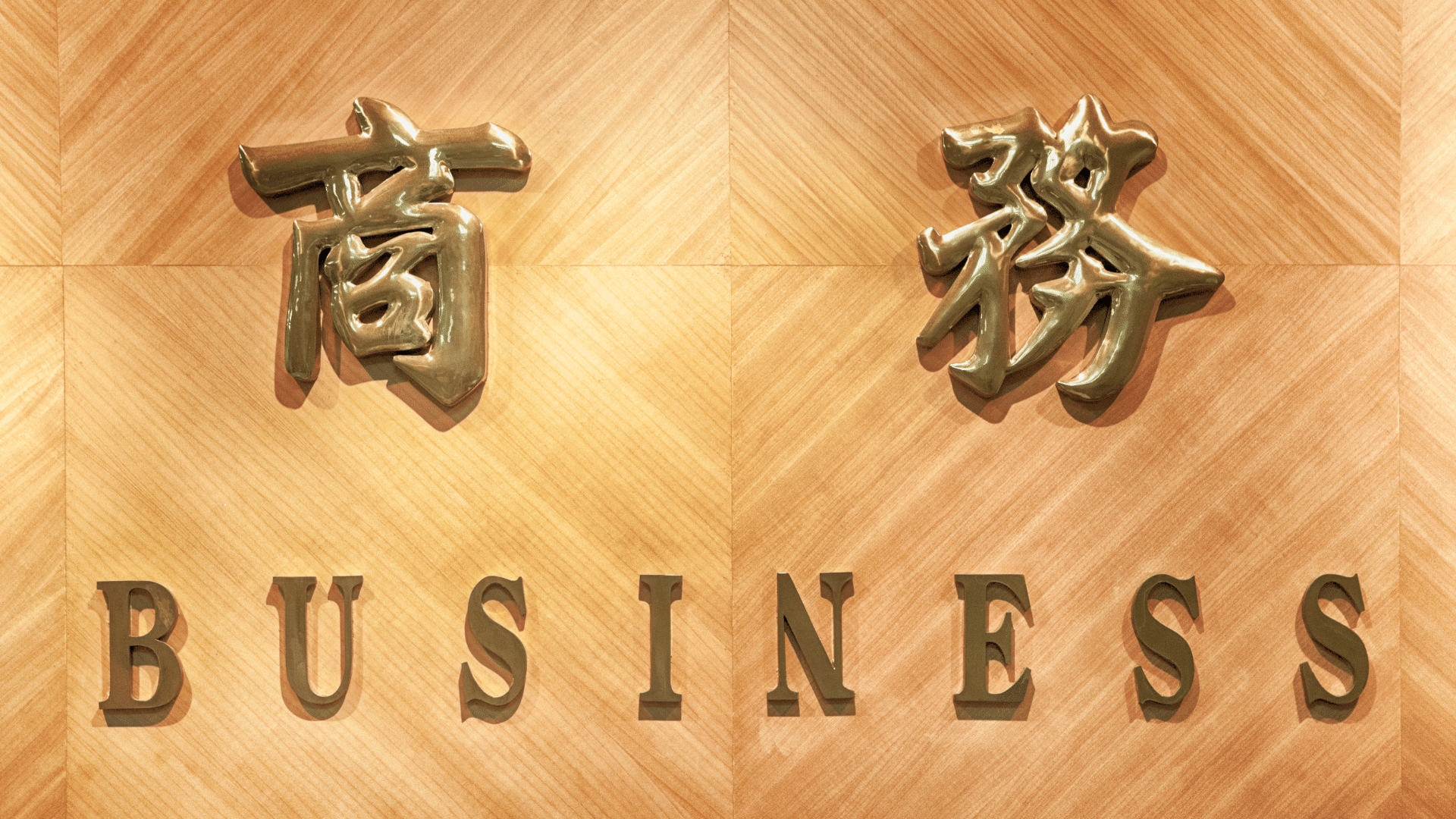 In order to improve the implementation of double tax treaties between Mainland China and other tax jurisdictions, the State Administration of Taxation of Mainland China (“SAT”) released in February 2018 a Public Notice [2018] No. 9 (“Public Notice 9”), providing further and clearer guidelines/rules in assessing the  Mainland China beneficial ownership (“BO”) status for the purpose of enjoying certain tax treaty benefits by taxpayers. Public Notice 9 took effect from 1 April 2018.

Amendments of unfavourable factors in determining the BO status

Whether or not a BO status is present is mainly relevant for the dividend, interest and royalty clauses of double tax treaties as those clauses determine the relevant withholding tax rates for dividends, interests and royalties. Therefore, the SAT has issued several notices for the past few years which stated, amongst others, some unfavourable factors (“Unfavourable Factors”) for taxpayers to be a beneficial owner under the context of the double tax treaties.

In particular: (“Circular 601”), which was a notice regarding the interpretation and identification/ascertainment of the term BO under tax treaties and (“Announcement 30”), which was an additional announcement regarding the identification/ascertainment of BO within tax treaties. Please note that both Circular 601 and Announcement 30 have been repealed as a result of introduction of Public Notice 9. 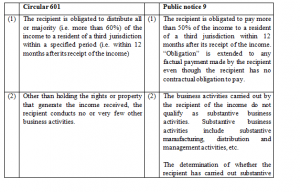 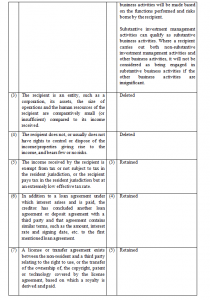 Expansion of the Scope on the “Safe Harbour” Rule

The “safe harbour” rule was stipulated in Announcement 30. Whenever the so-called “safe harbour” rule is satisfied, an applicant for benefits/reduced withholding tax rates under double tax treaties (the “Applicant”) will automatically be deemed to be a beneficial owner (i.e. no need to further consider whether any unfavourable Factors exist).

Under the Announcement 30, the safe harbour rule only applied to an Applicant who earned dividend income from Mainland China entities. In addition, the Applicant was required to be either:

Public Notice 9 now extends the scope of the safe harbour rule to the Applicant earning dividend income which is either: 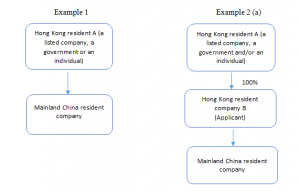 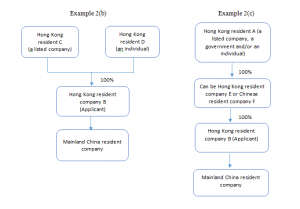 Prior to the release of Public Notice 9, an Applicant is potentially not eligible to the tax treaty benefits if it does not fall within the scope of the safe harbour rule under Announcement 30 and it does not qualify as a beneficial owner upon considering the Unfavourable Factors under Circular 601.

Public Notice 9 also requires the certificates of tax residency of (i) the recipient, (ii) the persons who are qualified as the beneficial owner, and (iii) intermediary shareholders (if any). 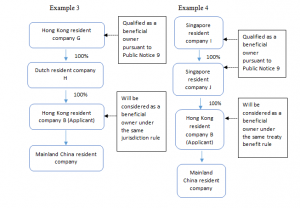 By releasing Public Notice 9, Chinese tax authorities will look more into the business substance and relevant facts when determining a Mainland China beneficial ownership status. On the other hand, there are certain new conditions under which a company can be qualified as a beneficial owner for enjoying double tax treaty benefits.

Investors who make equity investments into Mainland China entities are therefore recommended to conduct a review on the impacts of Public Notice 9 on their current or intended shareholding and business structures. 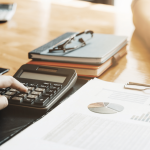 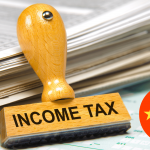 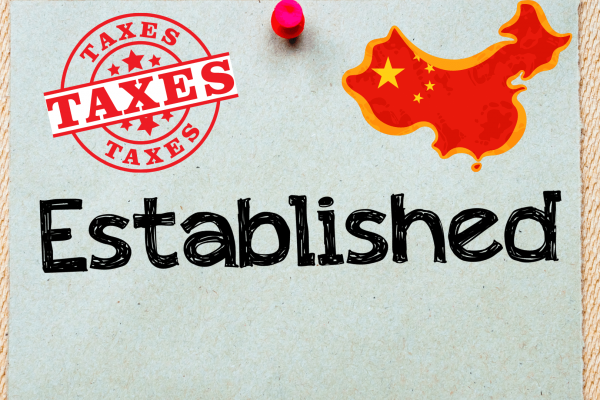 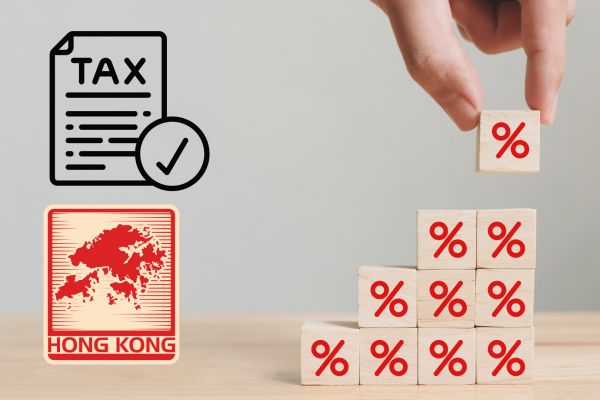 A Guide to obtaining Certificate of Resident Status in Hong Kong